If you are a tech entrepreneur you are probably familiar with some of the last years’ hobbies in trend for people like you; among them surfing and kiteboarding. Kiteboarding, for those who are not familiar with this sport, involves surfing across the water, pulled by the wind against a large kite and surfing – Google’s co-founders, Larry Page and Sergey Brin, as well as Virgin Group CEO Richard Branson are just some of the famous tech-surfers. And surfing? Well, this is the regular and sexy wave surfing we all know. Tech entrepreneurs are always looking to socialize, network and mostly have fun. Organizers of startup conferences understand it. Take the WebSummit for example, which organizes the SurfSummit, a surfing event for tech entrepreneurs that takes place in different cities in Ireland, just after the WebSummit event itself. Last November, more than 200 investors, start-ups, and entrepreneurs made their way to the SurfSummit in Westport, Co Mayo, in Ireland.

The reasons for choosing fancy cars, vacation homes, and extreme sports hobbies are definitely related to the lifestyle and characteristics of entrepreneurs, however, it seems that slowly and quietly there is a new hobby becoming popular among tech entrepreneurs.

I wrote in the past about the similarities between artists and entrepreneurs, the famous tech art collectors, and in general about this new phenomenon. Though technology and art may seem to differ from one another they are actually both extremely entrepreneurial and deal with creativity as a source of creation. There is an increase in the number of events that have the art-tech initiative. I believe that when billionaire Paul Allen, Microsoft’s co-founder, enters into the game we will probably see a rapid change. Allen has a strong personal financial commitment to art and wants to bring the Venice and Miami art world prestige to Seattle — along with deep-pocketed technology entrepreneurs. He has started this initiative by co-establishing the Seattle Art Fair. 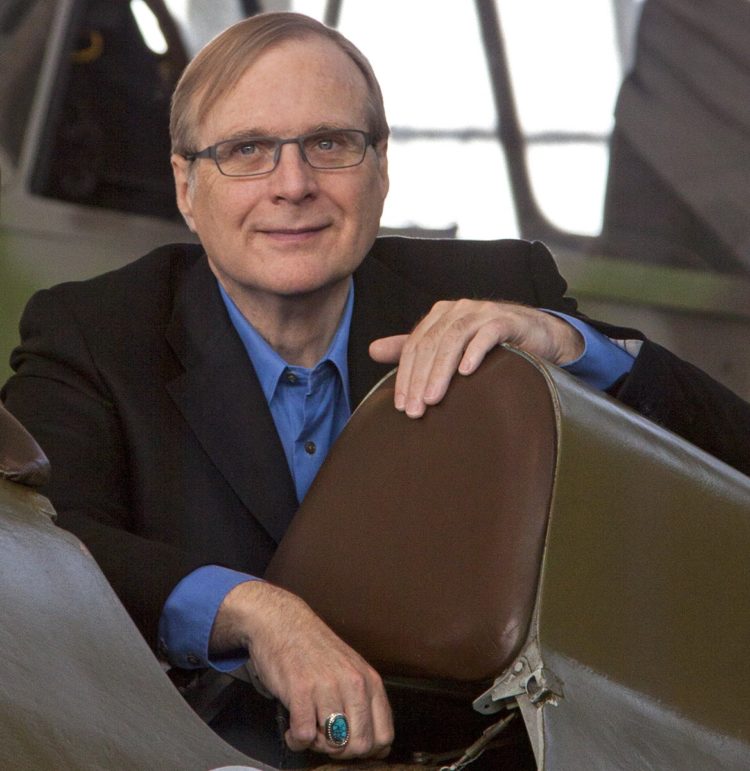 Allen is a dedicated art collector. He appears regularly on ArtNews’ Top 200 Collectors List. His collection includes works by Giacometti, Monet, Gauguin, Rodins, Calders, Rothko, Lichtenstein, Damien Hirst, and many more. In recent years he has started to publicly circulate his artworks – more than 300 artworks have gone out so far, to 47 different venues, and the pace of this lending is increasing – “Some of these things you’re so taken with that you find it pretty amazing that you could have something like that in your home, and enjoy it every day,” said Allen. “That’s a pretty amazing thing. On the other hand, you feel that it’s better to loan these things out.” He was awarded for his contribution to the arts in 2012 with the philanthropy prize from Americans for the Arts – a philanthropic organization that supports arts. Allen’s contributions have crossed the $100 million bar.

So in order to push and promote art in his hometown of Seattle, Allen, together with Art Market Productions from Brooklyn, launched the Seattle Art Fair. This event brings local art dealers and more than 60 galleries together with international ones. The fair is characterized as a hybrid fair – commercial trade show with site-specific installations and biennale-like citywide installations. The fair presented an interactive exhibition exploring the Pacific Rim through video, sound, installation, and digital technology – mediums that are familiar to tech entrepreneurs.

For decades, Seattle and its region have been the home to leading tech companies such as Microsoft and Amazon, and more and more tech companies continue to open offices there. Seattle’s region is also home to famous art collectors such as Howard Schultz, founder, and chief executive officer of Starbucks, Jeffrey Brotman, founder of Costco, and former Microsoft executive Jon Shirley and International Software founder Charles Simonyi.

In addition to starting the fair in July 2015, Allen announced that he would be opening  Pivot Art + Culture, a new non-profit institution focused on sharing art with the Seattle community at large. The gallery, 4,000 square-foot in size, will be located inside the Allen Institute for Brain Science and will open by the end of the year.

So will we see a change? Maybe. Art fairs are building a reputation and audience slowly but with the right financial backup and networking with top tech entrepreneurs, we can see a new type of prestigious event for tech entrepreneurs to meet, network, and enjoy.

Read other interesting stories in our blog…

Find about other individuals working in the intersection of art and business, in our podcast!