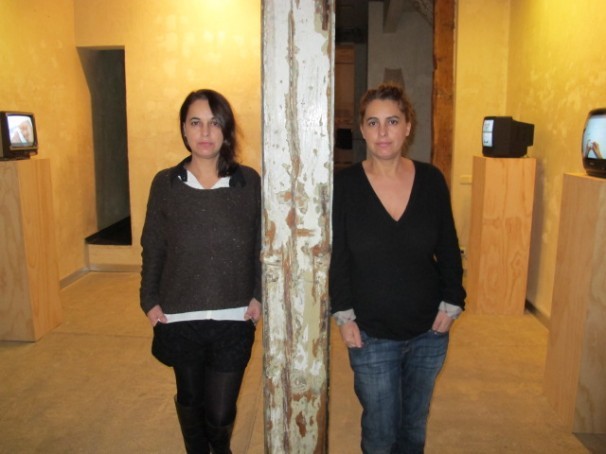 Madrid, the capital of Spain, is a vibrant, cool, beautiful and energetic city. More importantly, it is also cultural and artistic. Besides its three big museums, Museo Del Prado, Reina Sofia and Museo Thyssen-Bornemisza, Madrid has more than 45 contemporary galleries and many more art spaces and theme museums (more than 50!). While organizing art tours I discovered a changing and moving art scene. The historical buildings in the city allow exhibitions in stunning, impressive spaces which host art events constantly; the activity is continuous and almost every other weekend you can find something interesting to do. I believe what is unique about Madrid’s art scene is the unique opportunity we, the visitors, have to see a whole new world coming from Spain, Cuba, Colombia, Peru, Mexico and other Latin America countries. This guide is based on my personal preferences and interests and tries to expose you to some of the interesting galleries that work in this beautiful city.

Start your tour at the international Marlborough gallery, opened in Madrid in 1989 (branches in NYC, London, Barcelona, Monaco and more) on Calle Orfila, 5. The gallery focuses on painting and sculpture and as such represents leading Spanish painters such as Alfonso Albacete, Juan José Aquerreta and Pablo Armesto, who works in different mediums.

Cross the street toward Rafael Perez Henando gallery in Calle Orellana 18. The gallery, which started to operate in 1996, used to represent established artists; though since it reopened, the gallery focuses on emerging artists. “Colour is our main focus, we do enjoy introducing elements of imperfection and playfulness to the gallery,” is written on the gallery’s website. Last time I saw an exhibition there I enjoyed a lot – it was rude, funny, engaging and fun – things that I personally think are difficult to find.

Just around the corner you can find Freijo gallery which is located on Calle General Castaños, 7. The gallery is family owned and has offices in Spain and Mexico. It serves as a bridge to the Mexican art scene. The gallery specializes in painting and sculpture of the twentieth century international. 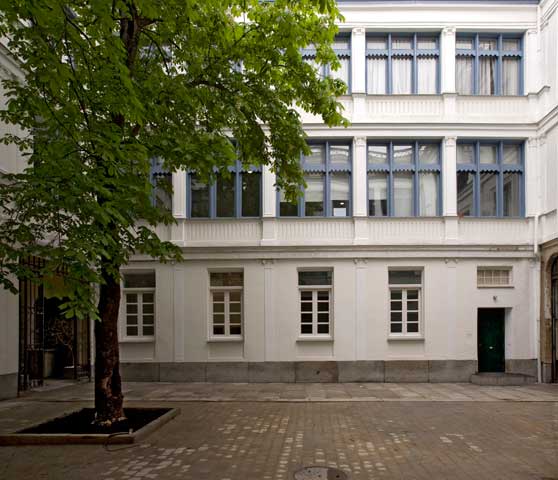 The nearby Elvira Gonzalez gallery is located on Calle del General Castaños, 3. The gallery, which opened in 1994, focuses on art from the late 20’s and the 21’s century, and with particular interest in European and American art. The gallery showed exhibitions by important artists such as Rothko, Picasso, Donald Judd and more. Today the gallery represents artists such as Robert Mapplethorpe, Miquel Barceló, Waltercio Caldas, Chema Madoz, and Olafur Eliasson.

Stroll in the small, beautiful streets of Chueca to Calle San Lorenzo 11. Here, in a gorgeous patio, you will find two galleries. Elba Benitez gallery which operates since 1990, works with artists from different mediums – photography, video-art, installations, painting and more. The gallery represents national as well as international artists such as Vik Muniz, Miriam Bäckström, Carlos Garaicoa and Ignasi Aballí.

The second gallery in the patio is the Heinrich Ehrhardt gallery. The gallery which opened in 1980 exhibited mainly post-war German artists such as Georg Baselitz and Joseph Beuys. Today the gallery represents Spanish artists as well. Secundino Hernandez, one of the rising stars of Spain is one of them.

There are many more galleries in this neighborhood and if you feel like it, you can spend a whole day there. Though, if you do decide to continue, head to Lavapies just below Barrio de Las Letras – the Poets’ neighborhood. On your way there, take the time and stop at Formato Cómodo gallery on Calle Lope de Vega 5. The gallery opened its doors to the public in 2007 under the direction of two sisters – Pilar and Mayte Castellano. Before opening the gallery, Pilar used to work as Almodovar’s set designer. She is a wonderful, funny and fun to talk to woman. Though the gallery presents artists from older generations, the two sisters devote themselves to promote young Spanish and international artists. I just saw there poetic and elegant exhibition. From there walk toward The Goma Gallery on Calle Fucar 12. This gallery is a relatively new gallery (almost four years) and an experimental one that brings young artists from different continents.

Walk down the street toward Celle Doctor Fourquet, which is a dynamic axis of contemporary art in Madrid; in this street which located behind the Reina Sofia Museum, you can find more than twelve different contemporary art galleries, where you can hop from one to another. Some worth mentioning are Nogueras Blanchard, originally from Barcelona, located on Calle Doctor Fourquet number 4. The gallery owners are young experimental and at the beginning tried to exhibit same artist simultaneously in Barcelona and Madrid with some site specific art (in Barcelona). The gallery hosts the yearly competition ‘Open Call’ opens to curators from around the world and events such as the Kitchen Talks, conversations between curators and artists.

Continue to Maisterravalbuena gallery on number 6. The gallery is one of the first in this area, opened in 2007 it represents international and national artists and is an active participant in the international art fairs.

On number 12, you can find Helga De Alvear gallery which opened its doors to the public at 1995. The gallery, large in scale with more than 900 square meters, focused on contemporary art and was a pioneer in choosing to specialize in installation, photography and video art – mediums that were new to Spain at that time. The gallery represents national as well as international artists, such as Tomas Ruff (who also represented by Gagosian Gallery and David Zwirner), Slater Bradley, Angela Bulloch and more.

Finish your tour at Marta Cevera gallery, on Calle Valencia 28. The gallery started in 1988 in NYC; in 1996 the gallery moved to Madrid and continued to pursue its focus: represent innovative and emerging artists.

Two galleries that are off the regular galleries track but are very impressive, international and worth seeing are: Ivory Press and Javier Lopez gallery.

Ivory press, founded on 1996 and located on Calle Comandante Zorita 46-48, is a large publishing house and an international gallery, which works with leading contemporary artist such as Francis Bacon, Olafur Eliasson, Maya Lin, and Anselm Kiefer; to name a few. The gallery is very active and initiates many projects that are art-related: special curatorial projects, publications and unique artists’ book (Starting from May 2015, you can see on permanent exhibition in the gallery). The gallery has a special connection to architecture due to its founder and owner, Elena Ochoa Foster (who married to Norman Forster, the well-known architect) and as such every few month hosts an architecture exhibition. 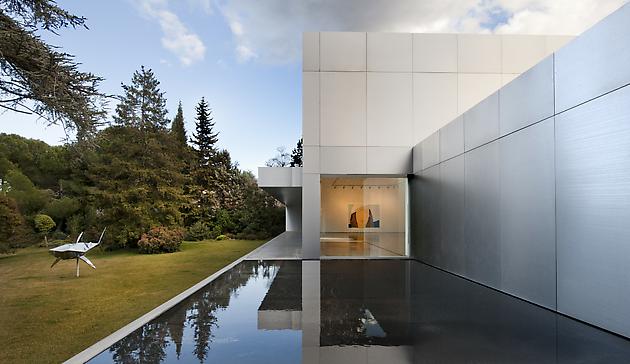 Javier Lopez Gallery, started in 1995 in London and moved to Madrid in 1996, is one of the most beautiful spaces and locations that I saw (the current one which opened in 2011). The gallery is located just outside of Madrid in a private house and is surrounded by artistic sculptures spread around beautiful garden. “The dialogue between the architecture and landscape creates a unique environment where exhibitions are planned with an approach along the lines of a Kunsthalle, lasting longer to provide a complete picture of an artist’s work,” is written on the gallery’s website. The gallery represents young artist as well as renowned artists such as Martin Creed, Jason Martin, Alex Katz and Nobuyoshi Araki.

Galleries in Madrid host a gallery opening on Saturday mornings at the last weekend of each month – at the event, called Desayunarte, the galleries open their doors with new exhibitions and a small breakfast for their visitors. It is a nice way to see Madrid’s neighborhoods, enjoy Spanish breakfasts and see art. You can read more about it here.

If you’re visiting Madrid in February, don’t miss ARCO ART Fair, international and the biggest art fair in Spain, hosting galleries from around the world. What’s unique about this fair is that it will give you a fresh look to art coming from Latin America.

If it is June, don’t miss the PhotoEspana events – galleries and photography events taking place during the whole month. Follow the official website.

If you arrive Madrid during September don’t miss the Apertura events – Apertura is the opening month event for the new art season. Many events taking place around the city including a few art fairs in one of the coolest places in Madrid – Matadero – in the past a slather house that has been transformed to cultural space which includes coffee shops, restaurants, cinema, design stores, spaces for art and more.

To Download English Version of Our Guide (Coming Soon)