Creativity for Managers – an Interview With David Millan Planelles

I had the great honor to meet and get to know David Millán Planelles’s philosophy. David is the founder of Millan & Co – Executive Management Consultancy and Associate Professor of Strategy at IE Business School, where we actually met. I chose to interview David after long conversations about his approach to teaching MBA students. You might guess that David speaks a lot about creativity in business, a theme TheArtian is promoting constantly. In many ways, seen a person like David in a Business School is encouraging.

It is a great opportunity to thank David for taking all the time to meet time and again to discuss these interesting topics.

TheArtian: David, Can you share with our readers about yourself?

DMP: I’m a mechanical engineer. At the beginning of my career, I worked in the automotive industry. However, when I felt that I wasn’t happy; I decided to do an MBA. Since I had always liked the idea of creating value I decided to get into the luxury industry. I was eager to know whether these products were real or just a myth. When I finished my MBA, I started working as a marketing director at a yacht manufacturer which helped me develop my perspective on luxury. Talking to more than 500 high net worth individuals, I began to understand the minds of the consumers, their needs as well as their aspirations.

TA: You have developed and currently leading the Luxury Strategy course at IE Business School. Can you share more about what brought you to do that? Why was it important for you to bring creative thinking to this course?

DMP: When I joined the IE Business School as a professor of strategy, I decided to develop the course of luxury strategy. While working on the course, I realized two things: First, what is the role of creativity and art, particularly in this environment. Second, what I call a “creative value proposition”, which is not always about focusing on what people want but rather what the brand wants to be. I told my students that I’m going to transform them into designers and they will understand what it means, and what is required to be a designer.

Therefore, if you want to work in this industry, you need to understand the creative process of the mind. I believe it is necessary, as the human brain has two parts: one is the analytical and the other is the artistic one. Many times we use and take decisions only by the rational side of the brain but I believe we need to maintain a balance between both.

For me, it means that we should look inside ourselves and try to figure out how we want things to be and why do we prefer it that way. Also, we should try to figure out what motivates us in terms of design. As a result, many doors to new ideas, shapes, forms, and purposes will be opened, which will help us develop a more creative mind. 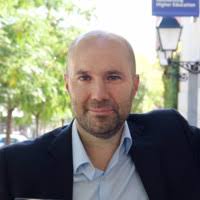 TA: I find what you’re saying interesting because what you are talking about is actually what the business world calls “design thinking”. However, you are not framing it, you are just trying to inject the idea into the day-to-day operation of companies via teaching future management.

DMP: I’m not an expert in design thinking but, my perception is that if a company wants to be different, it should think differently. I’m trying to convey that you should not be driven only by what customers want- and don’t get me wrong here, I’m not saying that you should not listen to your customers. Instead, what I’m trying to say is that young managers should ask themselves what they think about the product and how they would like it to be. The act of being creative is like an artistic act. It’s not selfish but rather proactive. In the luxury industry, many transformations happened without thinking about the demands of the people. Consider Coco Chanel or the other successful designers as an example. They were motivated by what they wanted their clothes to be. I believe that creativity and understanding of the creative mind is a complementary asset that every MBA student or manager should have in their pocket.

TA: How do they respond to your request to have a design project as the final project?

DMP: It’s quite challenging for them because normally we tend to prioritize rationality and what we call “common sense”. I’m not criticizing that idea. According to my perception, common sense is not sufficient on it is own. I’m emphasizing that the creative part is just as important as the analytical part. However, the more you are trained to think logically, the more it becomes difficult to understand the former. And for designers, it is the other way around.

TA: How can a business manager develop or nourish it according to your opinion? I mean, what can they do if they have the same thinking?

DMP: Begin by asking yourself what drives your decisions and how do you make choices in terms of business. Most of us might think that common sense or market logic is required but this must be questioned and perceived from another point-of-view. You need to bring about a change in yourself; though, it is true that human beings have difficulty adapting to change. There are no specific ways, but it is of vital importance to be open-minded, to consider things from an entirely different perspective and to not rely so much on logic and fundamental drivers of paradigm that you conceive.

One way to do this is to be a bit radical by temporarily blocking the rational part and considering it irrelevant. It is normal to just go to the left brain, again and again, to know what the consumer or the market demands. It is actually very interesting to see how easy it is for us to think from someone else’s perspective- in that case, customers – but how difficult it is to think from our own perspectives. I think that art is an extraordinary means to convey that message and an artist is somebody who is able to understand his own way of creating a message, his inner voice and is able to express it.

I will recommend the aspiring manager to just do it – join the design process. Don’t try to understand only which product will be sold to whom but also how the product should be designed, through which spots, in which shapes and also, why.

The fact that we are all gifted in specific areas doesn’t mean that we can’t experience the other side. I think what’s fundamental is to just experience. 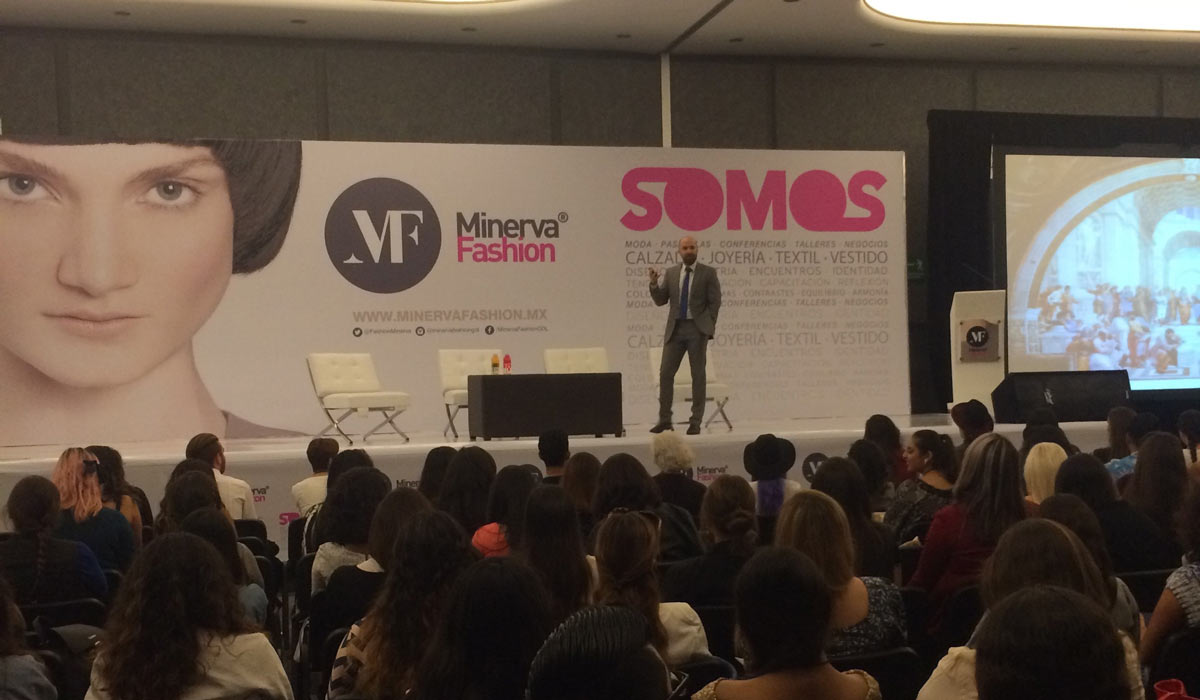 TA: CEOs state that in order to go up the corporate ladder, you need to have the “gut feeling” which can be developed by engaging with art. I would like to know your thoughts concerning this.

DMP: 15 to 20 years ago, if you would have asked managers about the idea of ‘gut feeling’, they would have told you that it’s a complete mistake; One should go around that, control that, there should be logic and no gut feeling. However, now we hear more and more about using instincts. Artists have instincts and the capability to listen to their intuition and most importantly, the ability to accept it.

TA: You talk about companies that maintain good balance between creativity and business management. How important is it for the designer and the CEO to understand each other? Can you elaborate?

DMP: Consider Gucci as an example: a company that almost went bankrupt in the late 80’s. Tom Ford as the creative manager and Domenico De Sole as the CEO transformed the company. Louis Vuitton is another example where you see the same mechanism of strong balance between creativity and business. Yves Carcelle was the CEO and Mark Jacobs was the artistic director. In the creative world, success stories are characterized by a balance of the two roles of CEO and Creativity, normally divided between two people who are able to understand, respect and cooperate with each other for the sole purpose of the benefit of the company. Therefore, when you try to understand these kinds of companies, it is imperative to understand the role of creativity in the value proposition and the role of art. This lesson regarding the artistic perspective is valid for many companies, not necessarily the luxury industry. You can take a look at Google or Apple. 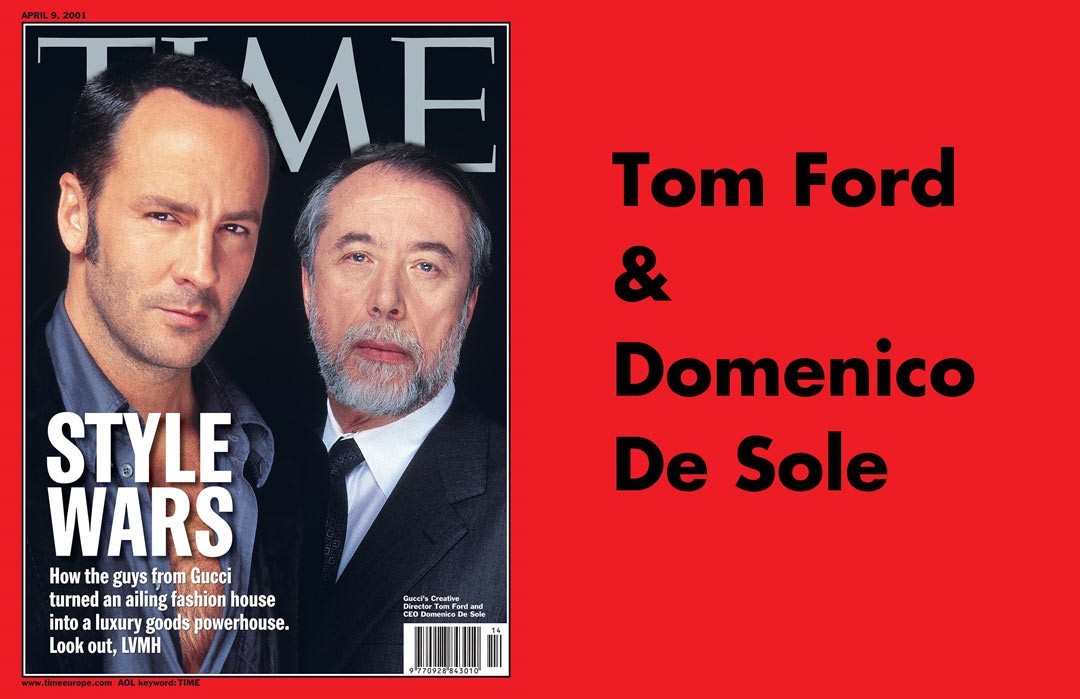 TA: What do you think about companies that try to formulate the creative process?

DMP: Creativity is a very complex concept to comprehend. From my perspective, one should embrace the idea of creativity not the consequence of creativity. Why are people so eager to have creativity? It is because many times it results in “selling more”. So, they try to hire someone who would do it for them; they tell themselves: “I don’t believe in the value of creativity, the only thing I believe is that it is going to give me more sales which is exactly what I want”. What I would suggest to managers is to embrace the real value of creativity. When it comes to creativity in companies, I ask what is the perspective of their company, how is their company designing, conceiving, and thinking about products, not just selling them. The classical distinction between cause and consequence is we tend to look into creativity for the consequences. I think this is a short-term perspective. It could pay off, but I would prefer to embrace the cause. Hence, the questions a company’s manager should ask are: “why do I matter in the market, why do I want to sell products in this particular way, what’s the role of design, and why I must design like this?” Such questions help you draw much more important conclusions. Successful brands started that way – by doing what they believe.

TA: Are there any final comments or tips that you think are worth mentioning?

DMP: Art and creativity are relevant in many fields, disciplines, and industries. Similarly, the artistic-approach should be embraced in tech companies as they are also a part of the creative field. They are creating something with the help of technology but technology is not what it is all about– in that case, there are several great products with great features that don’t make it to the market. Technology is what you do with it. I hope to see this type of thinking being implemented more and more and at least this paradigm to be broken that creativity or art is something that goes against the common sense, the managerial, the logical or the rational thinking. It actually takes a lot to be creative.