How Art Can Be Good by Paul Graham, Y-Combinator’s Co-Founder 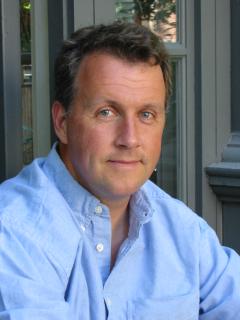 Paul Graham is famous in the startup world. He is the startups’ guru who reinvented the way startups are being created through the incubator he co-founded: Y-Combinator, arguably the most famous startup incubator in the world.

What most people, I assume, do not know about Graham is that he has a formal education in art – Paul Graham is a painter! He studied painting at the Accademia di Belle Arti di Firenze and the Rhode Island School of Design. In the past, he published a few pieces about art; one of these is the title essay of his book “Hackers and Painters”. I wrote about it in the past and you can see more here.

This time I want to draw attention to an article he wrote about how art can be good. There is this notion that art is subjective and that beauty is in the eye of the beholder, so it is natural that the argument “what is good art” will arise. In that case, is there art that we can universally consider as “good”? In an analytical and smart way, Graham shows why there is such thing as Good Art. The essay was published originally on Grahams’ personal blog in December 2006 and these are some of the key points.

Graham wrote this essay discussing if there is or there isn’t such thing as “good art”. Good art he claimed, relates to good teste. The reason to write this article, he stated, was because “I was tired of hearing ‘taste is subjective’ and wanted to kill it once and for all… It’s [the essay] not for the people who talk about art that I want to free the idea of good art, but for those who make it.”

His main message in the essay was for artists. In order to convey the message, he brought the example of the old masters from the fifteenth century. He used them as an example for people who made great staff without being limited to what others believed can be done but rather what they, the artists, could do. “The idea that you could make great things was not just a useful illusion. They [the artists] were actually right. So the most important consequence of realizing there can be good art is that it frees artists to try to make it.”

But how Graham develops the idea of what is “good art”? He did it by discussing the key players in the relationship: the audience and the artist and their ways to deal with art.

The audience and the art: “I think the key to this puzzle is to remember that art has an audience. Art has a purpose, which is to interest its audience. Good art (like good anything) is art that achieves its purpose particularly well. The meaning of “interest” can vary. Some works of art are meant to shock, and others to please; some are meant to jump out at you, and others to sit quietly in the background..”

But before he moved on, first he talked about whether art is “subjective” or “objective” and analyzed it as the following:

So if there is such thing as “good art” how we can recognize it? Well, that is not an easy question but what is easy for a human being is to be influenced by others’ opinions and the artworks’ brand. In order to be able to recognize good art, we need first to deal with the potential influence that we might have. When seeing art we have two types of biases we need to deal with claimed Graham. One is made by the artist, technical tricks, and one made by ourselves – what we bring from our world. And the question is how we can try and eliminate these potential biases in order to see the art itself?

When it comes to the artist’s tricks we can“explicitly seek out and catalog them…. Once you’ve seen enough examples of specific types of tricks, you start to become a connoisseur of trickery in general, just as professional magicians are…Travel widely, in both time and space. If you go and see all the different kinds of things people like in other cultures, and learn about all the different things people have liked in the past, you’ll probably find it changes what you like”

And when it comes to the potential external and internal influence why we should notice it and what we can do about it?

For the average person, brand dominates all other factors in the judgment of art. Seeing a painting they recognize from reproductions is so overwhelming that their response to it as a painting is drowned out….Most adults looking at art worry that if they don’t like what they’re supposed to, they’ll be thought uncultured. This doesn’t just affect what they claim to like; they actually make themselves like things they’re supposed to.

What you can do about it this influence of the artwork’s brand and others’ opinion? Come back to the painting, see it over and over until it loses its fame and just becomes a painting. Or stand close – see the details. Seeing a real Van Gogh painting is not like seeing it in a book or reproduction.

Graham finished the essay with a message to the young artists: don’t believe it when they tell you this is a naive and outdated ambition. There is such a thing as good art, and if you try to make it, there are people who will notice.

Graham’s analysis resonates with me. I like the way he did it. It is interesting and stimulating. I think he explained it quite well and I highly encourage you to read it. You can read the full essay and its’ comments (on Reddit) in the following link and if you will take the time to read it, Share with us your thoughts.