I got the chance to visit Barcelona to participate in the second edition of Google launchpad (read more about it here). Barcelona is not only a current tech city but was also the home to some of the most influential and important artists in the 20th century, among them Salvador Dali, Juan Miró, and Pablo Picasso. Arriving in Barcelona was a great opportunity to visit Juan Miró museum and Museu Picasso. 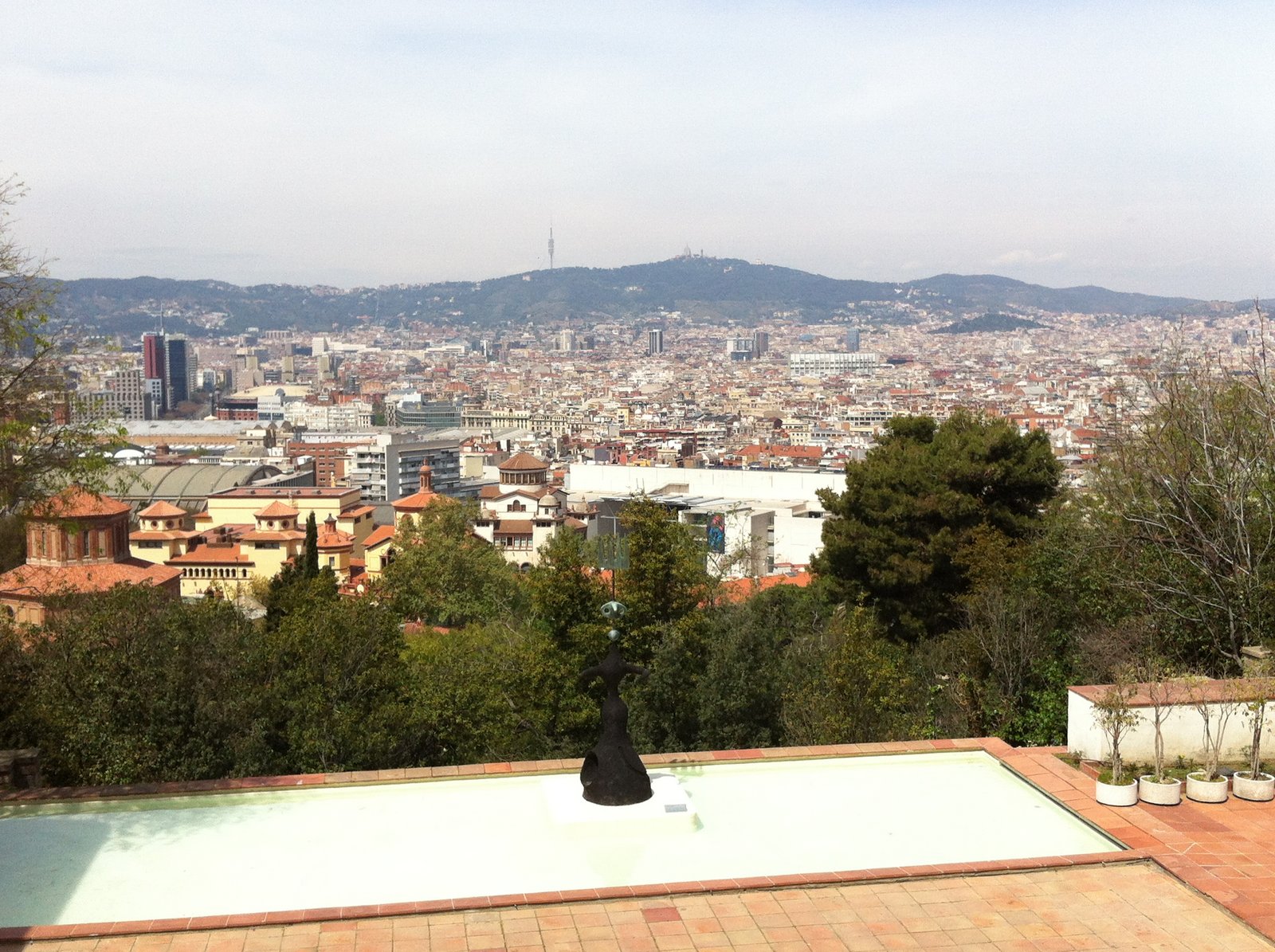 Fundación Juan Miró is located at Parc de Montjuïc, looking over the city of Barcelona from above. The foundation’s building was designed by the Catalan architect Josep Lluís Sert and adopts the Mediterranean style. Though I knew Miró’s work before visiting the museum, it gave me a whole new level of understanding of Miró’s works, and I have to admit that I was very impressed by them.

At this point, I’ll stop to comment on museum visits.
There is a discussion around the act of “explaining” art – should art be explained or not? While the opponents claim that good artwork is speaking for itself, advocates claim that explaining art can assist in engaging, increasing knowledge, and enhancing the art experience to a new level of understanding. I don’t have a clear opinion on this subject yet, I intend to support in explaining art, at least until the viewer develops a level of knowledge in art. Understanding art in its historical context and learning about the artist’s way of thinking can enrich one’s experience. As for me, during this visit, I took the museum’s audio guide, which, besides its easy and user-friendly look, gave me the ability to experience and understand Miró in a better way. I highly recommend adding a small fee to the ticket’s price to get the audio guide. You don’t have to listen to it all, but it is worth listening and getting a new perspective of the artist and his/her art. It definitely has changed my experience.

Right at the beginning of the permanent exhibition Font de Mercuri is located, the beautiful sculpture by Alexander Calder (who was an engineer that became an artist). The statue, made of steel, is a living object due to the Mercuri liquid that runs through it. This is a hypnotizing sculpture due to the construction of the statue, especially the floating drops on the steel which are a beautiful silver color. Take the time to observe it; it is fascinating, although the position of the statue is located in a crowded passage.

Although Miró’s work has many emotional and professional levels, (and for which you can find a lot of information online) I want to write my observation about Miró in the context of business and entrepreneurship. When I listened to Miró and saw his works and his interpretation of the creative process, Miró reminded me of the process that motivates entrepreneurs. Miró lived a life of exploration, innovation, commitment, and freedom which were expressed in his works.

Miró was seeking constant innovation. He said it better (that’s a reference from what I could remember) “I prefer someone who bangs his head against the wall to create something new than someone who does what others already put tears, sweat, and blood to create”.

Miró was influenced by the avant-garde in the mid-’20s and followed the Catalan artists who were active in that period. Miró was updated with the new techniques, raising artists and art; he visited Paris annually from 1920 onward and his contact with the surrealist movement exposed him to the new rising art. Miró contributed to the genre of Surrealist writing by assembling ideas into complex Surrealist objects. The long titles of his painting where the poetic thought expressed the conceptual theories that go along with the artwork. Another example can be seen in his interest in movement, which he shared with his close friend Clader; this interest influenced the two in their works and can be seen in Clader’s development and creation of moving sculptures. On the past exhibition for both Miró and Clader, NewYorkTimes’ art critique wrote: “Comparing the work of Alexander Calder and Joan Miro is both appropriate and rewarding. Not only do Calder’s sculptures share many traits of Miro’s paintings and graphics, but the two artists also often complement each other thematically…” Read the full text here.

Miró was courageous and a risk-taker when he developed his, then, a new set of works. Very similar to an entrepreneur I would say – someone who isn’t afraid to do things that others couldn’t have imagined. In his 80’s Miró created the “Burnt Canvases” – works that in many ways were a visual punch in the face – to his critics, to his collectors, to the galleries owners, and to the viewers. The Burnt Canvas expressed violence and rage by using paint, oil, and fire. The work that I saw was stunning. I never thought that subtracting the heart of the painting can be so beautiful and poetic. 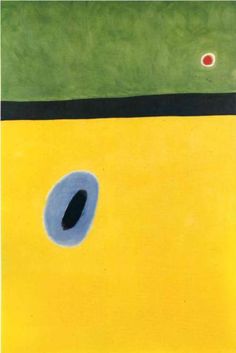 The Larks Wing, Encircled with Golden Blue, Rejoins the Heart of the Poppy Sleeping on a Diamond-Studded Meadow – Joan Miro, 1967

Miró was in many ways minimalist in his works (at least those in his mid and late-life). He was able to transmit his messages through simple lines on canvas… He summarized it as the need “of attaining the maximum of intensity with the minimum of means.“ In that sense, I wonder if Apple teaches its employees Miró’s work in a similar way they teach Picasso (read more here).

Once in an interview, when he was being asked if he was influential, Miró answered in a humble and grateful way “They say I influenced many of the young artists. That might be true but I think my era influenced me”. This trait of a great artist that seeks to learn from his environment and is grateful for the opportunity life has given to him, show that these similarities can be explored deeper, because Miro’s life of exploration, innovation, commitment, and freedom is, in many ways, the journey of an entrepreneur.

Next time you are in Barcelona don’t miss the chance to go to Fundacion Juan Miró. Take the audio guide and see the 15 minutes movie…I’m positive you are going to see a new Miró, as I did.