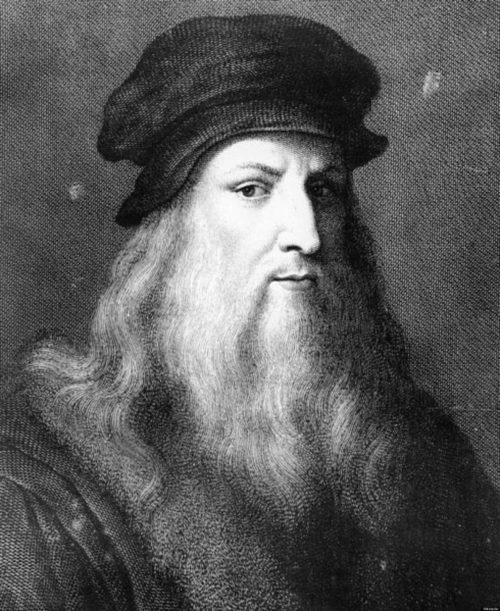 Leonardo Da Vinci is considered one of the greatest geniuses of art history due to his interest and influence in painting, sculpting, architecture, science, music, engineering, music, mathematics, and more. He was an inventor of things that did not come to life until 400 and 500 years later. He was the first person to explain why the sky is blue, as well as the first to design an armored car, a pile driver, a revolving crane, a pulley, a lagoon dredge, and a flying ship –in the 15th century!

Nevertheless, what is less unknown, or unfamiliar are his failures. Da Vinci encountered obstacles and struggled professionally through his 20’s and 30’s; many of his works were never completed or failed on technical grounds, which can seem ironic for such a brilliant inventor. Not only did many of his works never come to life but he used to scribble his thoughts on scattered sheets of paper, often never having one single sheet of paper for an invention. “Life is pretty simple: You do some stuff. Most fails. Some works.” said Da Vinci.

Failure is an inherent part of every creative process.

Now, we all look to these creative people: Da Vinci, Picasso, Einstein, Dylan, Jobs, and others and see their success, their ability to change the world. However, their successes many times are accompanied by many failures. Exactly like many well-known entrepreneurs. We tend to look at their exits – selling their company to Google, Apple, Facebook, or others. We don’t see their failures; we prefer not to talk about them.

So when I encountered Adam Westbrook’s short videos named “The Long Game” I was thrilled. Through the story of Da Vinci’s failure Westbrook explain and explore his success.

“…Today we want success in 17 levels, 17 minutes or 17 seconds. Who wants to wait 17 years [John Coltrane, the famous Jazz player, spent 17 years practicing before achieving his first substantive success]? But that’s the thing that connects all these people, they play THE LONG GAME.”

The Long Game Part 1: Why Leonardo DaVinci was no genius from Delve on Vimeo.

The Long Game Part 2: the missing chapter from Delve on Vimeo.