Re-discovering Artists in the North of Spain 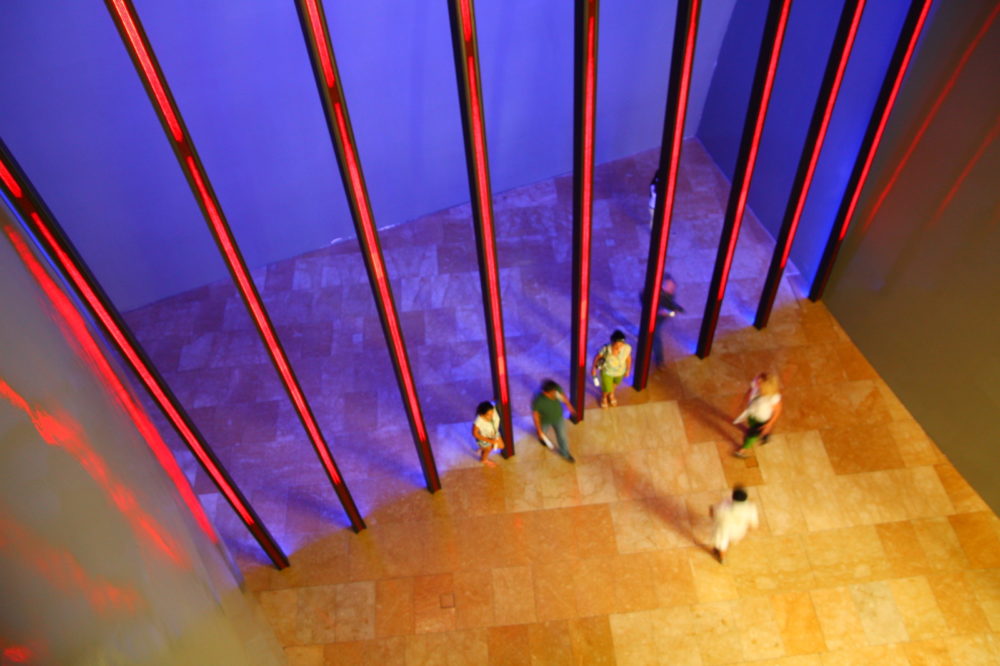 Summer in the Basque Country, north of Spain is beautiful. This area has this combination of weather – some days are sunny and hot, the others are cloudy and rainy. My summer trip to the north of Spain revealed two major artists in a way I didn’t know them before. These artists came from different disciplines: art and fashion.

The first one was the fashion designer Cristobal Balenciaga. My visit to Getaria, the small village where he grew up, allowed me to visit the Balenciaga museum, a new museum designed by the Cuban architect Julian Argilagos. The black, beautiful building is not what one would expect to find in this small old village that seems like it’s been there for hundreds of years. However, Argilagos in a smart way managed to create a modern building that integrates into its surroundings. The museum, with its large space full of light, is a beautiful place to visit. The works spread over three different floors take the viewer on a journey through the history of the 20th century. The designs themselves are stunning, innovative for their time and even brave; again similarities that remind me a lot of the entrepreneurial character. Mr. Balenciaga was probably one of the most important fashion designers of the 20th century, as outlined in the short movie at the beginning of my tour; with this notion I started my visit in this beautiful museum.

My trip continued to Bilbao and its famous Guggenheim Bilbao Museum. This modern and contemporary art museum, designed by Canadian-American architect Frank Gehry, is the symbol for economic revival of a city. The “Bilbao effect”, which many cities around the world try to imitate, is a phenomenon that symbolizes the impact of a cultural institution on the economic life of a city. In this beautiful museum, which was built alongside the Nervion River, I saw the Yoko Ono retrospective, Half-A-Wind Show I knew Ono but didn’t know her works in depth and this retrospective, taking the whole third floor of the museum, gave me the opportunity to meet an artist with an approach to life to which I can relate. Ono in many ways is a conceptual artist and among her many works in this exhibition I thought to mention these in particular:

Though one can claim it is a banal work that ignores the uniqueness of each and every one of us, “We Are all Water” (2006) did not strike me that way. It is made of 118 glass bottles sitting side by side on a long shelf. Each bottle is full of water and has been labelled with names of people, implying that we are all the same. I believe that every one of us is unique in his/her own way and still we are all the same. The work deals with equality and has other aspects that relate to water: the importance of water to our existence (the human body consists of 65% water); the belief that water has emotions such as life, love – a poetic way to think of water.

The work “Morning Beams” (1996/2014) is a gentle, relaxing piece that visualizes the intangible, simple things in our everyday lives such as light beams. It is made from white ropes that begin together at one point just below a skylight and spread to have each one of them separately tethered to the floor. The light from the window and the white ropes made me feels as it were a real beam coming from outside.

The exhibition continues through Sept. 4. It will continue to travel around the world so if you have the chance, go and see it. It’s a great way to get to know a large body of works by well-known conceptual/performance/video artist Yoko Ono.

Watch a short documentary film about the Museum here: