There are many role models for innovators in the business and entrepreneurship worlds. But, why limit oneself to this space when looking for stimulation? At The Artian, when we seek to inspire developments, we don’t limit ourselves to one world –quite often we look for inspiration for breakthroughs, and different ways of thinking and doing things, in the art world.

One of the most unique and significant artists of the 20th century was Robert Rauschenberg. Rauschenberg’s work was very unconventional, proving him to be a great artistic innovator. He broke, changed, and rewrote the rules of art. He was an outstanding experimental individual who collaborated with others whether they were dancers, activists, artists, composers, or engineers. Everyone, he believed, had something to contribute. In a beautiful piece, Tate Modern’s team wrote about Rauschenberg’s “Rules for breaking the rules.” We built upon this piece: rewrote, added, and related it to the world of entrepreneurship and business. Here is Rauschenberg’s advice on how and why to “break the rules”:

Learn from Everything and Anything – Rauschenberg was curious about the world, and this motivated him to go outside the four walls of the classroom and learn from others. Rauschenberg, who was diagnosed with dyslexia, commented that he couldn’t understand the instructions he was getting in class, which prompted him instead to go “out on the streets…”. He combined these non-formal, experiential lessons with his formal studies, to his great success.

We take examples like this to mean that innovation will come from the cross of disciplines more than from within them. A manager’s role, in light of this fact, is to foster encounters among employees from the different departments inside her company and more importantly, outside of it. They must become acquainted with the work of artists, scientists, and engineers from other industries.

Collaborate, Share and Be Generous – Rauschenberg worked with the leading creative minds of his times: painters – Jasper Jones and Cy Twombly, with Merce Cunningham, John Cage, Susan Weil, and others. When speaking about these collaborative works, Rauschenberg stated that his love for the arts of dance, music, and theatre comes from the fact that they are collaborative arts, rather than solo endeavors. The best way to know people, he believed, was to work with them, and ‘that’s a very sensitive form of intimacy.’

We believe that innovation teams should include different creative minds. If all the members of your innovation team worked in the company for years, would they be able to come up with fresh, new, and creative ideas? Maybe. But adding other disciplines to your teams can foster fruitful conversations that will lead toward better results.

Experiment – Rauschenberg always pushed the boundaries. He experimented with choreography – not only working with choreographers but also creating his works. He said that “The idea of having your own body and its activity be the material” was intriguing.

‘A pair of socks is no less suitable to make a painting with than wood, nails, turpentine, oil, and fabric.’

If socks are a legal tool to paint with, it is no wonder that during the ’50s Rauschenberg began to collect gas station signs and other metal scraps from cars and industrial processes, transforming them into sculptures. “Screwing things up is a virtue. Being correct is never the point,” said Rauschenberg. “Being right can stop all the momentum of a very interesting idea.”

Our take on these ideas was said well by Jeff Bezos, the founder of Amazon. At the 2013 World Economic Forum in Davos, Bezos said, “If you double the number of experiments you do per year, you’re going to double your inventiveness.”

One must not be afraid to try, or even to make mistakes: paint with socks.

Create Experience – Rauschenberg is famous for saying that he aimed to work “in that gap between art and life.” He always sought to merge art, life, and the world that could be shared with the viewer. By creating works that were highly visual and extremely physical he made the viewer part of his works. Rauschenberg demanded the viewer to be involved – to use her eyes and brain to look at something one way, and then at something right next to it that had to be understood in a completely different way.

We believe user experience is the buzzword of today – do businesses think about the user and her interaction with products and services? Just a few days ago I encountered The Copenhagen Letter, a manifesto that calls for new thinking about design. One of the statements was, “We must encourage… a critical reflection on…how we build and design for others. We must seek to design with those for whom we are designing for…” Rauschenberg’s art teaches artists to create experiences that engage their viewers with different senses – creating experiences that relate to life. “I don’t want a picture to look like something it isn’t,” he told the New Yorker writer Calvin Tomkins. “I want it to look like something it is. And I think that a picture looks more like the real world when it’s made out of the real world.”

Break the Boundaries. If It Doesn’t Exist, Invent It – until the ’50s there was a clear separation between a painting and a sculpture; Rauschenberg decided to break this definition by creating “Combines,” a series of works that combine aspects of painting and sculpture, that can hang on the wall or stand freely.

One of Rauschenberg’s most interesting projects was E.A.T., Experiments in Art and Technology, which he founded with Bell Laboratories engineer Billy Klüver, the engineer Fred Waldhauer, and artist Robert Whitman. E.A.T. aimed to develop links between artists, technologists, and engineers, to find new creative possibilities. Still today it is the paramount example of collaboration between artists and engineers.

How do we apply this advice today? Easy as it sounds: break the rules. Why sell an album when you can sell one song as Apple did with iTunes? Why not combine scientific research studies with search engines, as Google did with Google Scholar? Or why not mine for rare materials on asteroids, as this exciting startup Planetary Resource is trying to do? Who says it is impossible to mine rare materials from asteroids that orbit the earth? 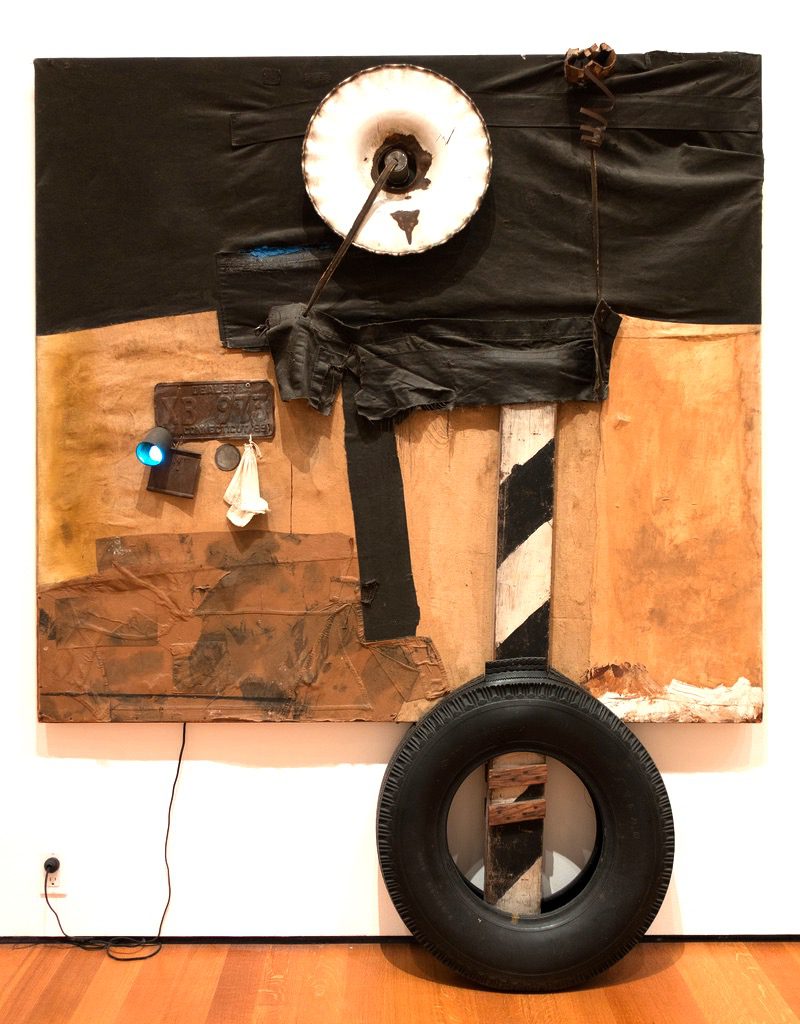 Make A Difference in Your World –  Rauschenberg’s commitment to human rights and freedom of artistic expression led him to start The Rauschenberg Overseas Cultural Interchange (ROCI) in the 1980s. Starting in 1985, over the course of five years, he traveled to 10 different countries Mexico, Chile, Venezuela, China, Tibet, Japan, Cuba, and the USSR, to name some. In every country he visited, he created works, tried to impact his art by working alongside locals, and in each country he left one artwork behind.

We must also think in that direction. Do you make a difference with your products and services? Many times, we think about innovation only in one way: to grow the company’s revenues. Yet some companies based their activity on Purpose, they look at their business as a way to improve people’s lives. Which type of company do you think will sustain itself in the long run? Which will create a group of loyal customers?

The final rule? It is very simple: break the rules and be different. This is how you lead – not by being just a little bit better, but by being at the edge of the future.