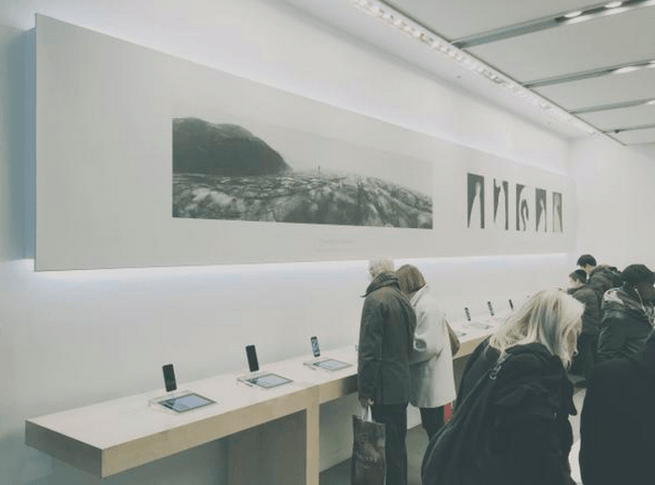 Apple, one of the leading companies in design and art, does it again. At the end of December the company launched its new global campaign for its new project “Start something new”.

“Start something new” highlights digital works of art created by photographers, filmmakers and other artists through a synergy of iPhone, iPad, Mac and third-party software. Following the launch of the project on Apple’s website is the launch of the offline presence transforming Apple’s retail stores to contemporary art galleries.

Every piece in this gallery was created on an Apple product. Every brushstroke, every pixel, and every frame of film was brought to life by talented Apple users from around the world. As you explore their work, we hope it inspires you to create something new. 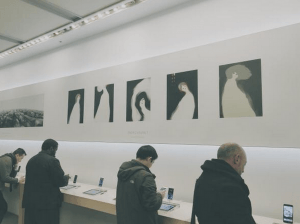 Barbara Ortutay from the Associated Press interviewed some of the featuring artists; here is what she wrote:

Travel photographer Austin Mann used an iPhone 6 to take otherworldly panoramic photos of an Icelandic glacier. Mann, who recalls mowing lawns for a summer as a 7th grader to save up for his first, bright green iMac in 1998, says his use of an iPhone and high-end cameras is “split pretty even” when it comes to professional work.

“In the photography industry especially, when you are getting started you are always seeking gear, ‘If I could only get this $1,000 lens,’” he says. Using just an iPhone to take great photos encourages people to “shift away from focusing on gear and equipment.”

Apple commissioned the work of 12 artists at various stages of their career to create works meant to inspire. Showcasing the people who use its technology — in this case, painters, photographers, filmmakers and other visual artists — is a shift for a company long focused on making its products front and center. The artwork, done on iOS devices and Macs using various apps, is displayed on Apple’s website as part of an ad campaign called “Start something new.” And the Cupertino, Calif.-based company is replacing all product signage in its retail stores with the artwork.

Just as technology has transformed the way we work and interact with one another, it has also changed the way we create. For painter Roz Hall, that’s meant shifting away from the canvases and acrylic paint he started out using in art school to an iPhone app called Brushes. After not painting for many years, Hall in 2010 read about a group of artists who started using their iPhones and sometimes iPads, which had just come out.

“I had an iPhone at home and I downloaded the Brushes app,” he says. “That was a wonderful, simple application.”

It was also challenging. When he painted on a canvas, he painted life-size works. Painting on a 3.5 inch-screen was an entirely different thing.

“What I liked about it was that there was no setup,” Hall says. With all the prep work that comes with traditional painting, he says, “by the time you have everything out the moment has (often) passed.”

Published on January 16, 2015 at the The Register Guard by Barbara Ortutay from the Associated Press. For the full article.

Apple – Start Something New by aadi189