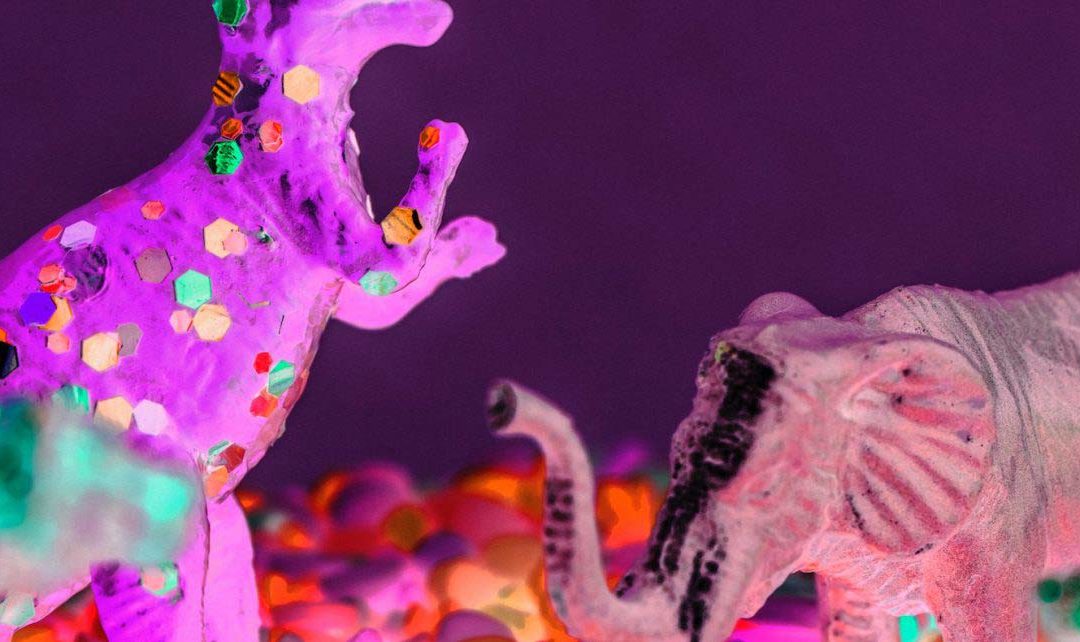 [vc_row][vc_column][vc_column_text]As developments are speeding up, the roles of the human workforce are changing accordingly. The evolution seems to be affecting different professional sectors including the technology one. What once was considered as a secure workspace, isn’t being perceived as such anymore. The rise of an artificial intelligence brought out new challenges for the basic technology-related occupations; coding, data analysis, and number crunching. With the advancements occurring rapidly and machines becoming better, faster and more accurate in their tasks, one cannot stop to wonder what roles might appear in the near future. What would be the next era?

Welcome to the imagination age

According to the experts, we are entering the era in which creativity and innovation will become the primary creators of economic value – the imagination age.

It was in 1993 when Charlie Magee, an illustrator, designer, and an animator, wrote about the imagination age. Since Magee was working within the creative world, he understood early on that it will eventually become a catalyst for our economies at the same time making the process of imagination one of the most important skills among the artists.

In the past it was the linear and analytical approach, pioneered by Henry Ford, that was crucial for the survival of any particular company. Ever since then, it has been assumed that the business advantage can be found among individuals with this way of thinking, often with backgrounds in business, engineering, and software. Though these profiles might still be essential for technology, they aren’t enough.

Far more than technological resources, it is the creativity that will make the distinction between the entrepreneurs of the 21st century and those of the past. We have to make sure we include imaginative people to help us progress and to make their part in the population more valued and acknowledged.

Understanding the human essence as a focus of the new age

Historical periods have always been defined by the products being produced at the occurring time, that way we had “Agricultural Age” or “Industrial Age”. This logistic imposes the question of goods and services that will define the imagination era.

Some say the central focus of this age will be a reflection of a human essence within our products and services which will refer to everything that inspires us, engage us or closely relates to our system of values. These are the exact aspects we tend to associate with art. The ability of intuitive understanding of humans is deeply rooted in the world of art and is not something that can be easily found in MBA classes.

What’s important to acknowledge is that art has a tendency of breaking the limits and going beyond the ordinary. It’s not just about comprehending the human essence but rather about conceptualizing a new, different world. The objective is to propose new ideas and products that will potentially mark our

This fast-changing era we are living in has brought a sensation of unpredictability. Who would have thought before about self-driven cars in 2005 or having AI analyzing, X-Ray and CT testing serving a better purpose than the work of three radiologists together?

It’s to say that the changes and developments are becoming more challenging to predict. It’s possible that 200 years ago it would have been easy to guess what would be the upcoming changes or what does the future hold. However, who can tell nowadays what will happen in 50 years from now?

Business world and imagination – “Build Something With Feelings”

One of the challenges of the upcoming era is how to implement the imagination process within the business world as most of the business managers don’t seem to understand its value. It appears to them as something difficult to grasp and estimate in the world led by the ‘if you can’t measure it, you can’t manage it’ rule.

However, what has been introduced as a new way of management is leading through vision and originality. One of such examples is a birth of the popular communication app, Snapchat. Evan Spiegel, the founder, has been applying that specific method already as an art high school graduate. The mission was to build something with “feelings”. The revolutionary aspect of Snapchat was Spiegel taking into account natural ways of people holding their phones and applying it to the idea of a vertical video instead of the standard horizontal one. That mounted Snap as the first to hone in on such a concept. This was not so much a technological discovery as it was an invention based on practical observation and acknowledgment of rising trends in everyday life.

What Spiegel applied is what we often see in artists’ way of working. They observe, question and empathize. Spiegel demonstrated the importance of asking questions that challenge common behaviors in order to disrupt the status quo and originate new successful business ideas.

Incorporate creatives into the business world

The current generation of managers earned their stripes in the information age, whereas the generation of millennials is earning theirs in the age of imagination. Management within these two areas has diverged in two largely incompatible directions. Those managers who are refusing to adapt to a more creative working environment will not survive in the job markets, much less remain leaders in their field.

It is safe to say the time has come for managers to look beyond the traditional career fairs of MBA programs while hunting for employees. The search should be expanded to the creative schools, like art and design as it has been showed the artists and creative entrepreneurs can be of much help to the business world. They are needed to help foster this environment, stimulate it, and balance it. Serving as an example is the work of talented engineers and other creatives of the Interactive Telecommunications Program (ITP) at NYU Tisch School of the Arts as an ideal place to find your talent.

Business managers might be surprised by how much the creative world can teach them, especially in sectors where innovation drives the competition. The world is starting to give more importance to the individual experience and it’s the creative world where unique personalized experiences are delivered. If in the past we had the “knowledge” workers that were the key to the future, nowadays those are the imaginative workers. The people who have the ability, capacity and a will to explore different spaces. They imagine different realities and re-create them afterward.

How can we prepare ourselves for the imagination age? One suggestion would be to embrace a more artistic mindset. It’s the concept that refers to our ability to think like artists: keep an open mind, to observe, question and come up with new ideas. It is the ability to empathize, communicate and visualize. By employing this behaviourism we are able to develop creative skills. Research shows that the ability to apply techniques and skills from one industry to an entirely different one is what leads to breakthrough and innovation. Realizing the importance of cultivating a creative mindset is the first step toward success. If you are in a managerial position, you should not be afraid to hire creative people from other disciplines as they are likely to enhance your business in a unique and progressive way.

It’s time to start basing our decisions on a more up-to-date approach depending on what might be the outcome, rather than on what the reality is at this moment. We act as if the same processes and specialization we inherited from the industrial age approach are the only “right” methods. It’s a 250-year habit that is not easy to break as many of us still think we must decide between being imaginative and creative or being linear and analytical. We have failed to understand and act upon the fact that technology is developing at a rapid pace that questions our roles in the world and may involve both creativity and information.

Picasso lived in an era where new technology was taking over – the camera. Seeing the camera, he asked, “if the camera can create a better reflection of reality, what is my role as an artist?.” By doing so, Picasso broke 500 years of tradition ignoring the linear perspective, the typical colors and the representation and it was his Cubism movement that profoundly influenced the 20th-century art. It took a different way of perceiving, a courageous way of questioning what was considered to be “normal,” to change the human experience of art.

Now, who is going to challenge the way we think about business? That’s what remains to be seen.[/vc_column_text][/vc_column][/vc_row]